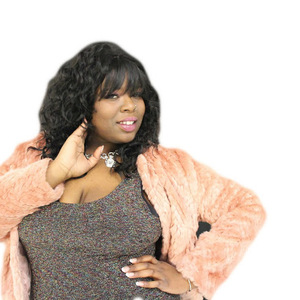 Florida's Raven Salve' is the rising singer/songwriter that is sweeping the country with her angelic sound. From the Gulf Coast to all across the country, Raven Salve' has impacted the lives of music lovers everywhere and of all ages. Natalie Perez of Skope Magazine described her as "a soul-touching singer who takes her passion for music and makes it her destiny and healing source." Raven is currently promoting her latest single "Cry For America." The song is off the album "Metamorphosis The Transformation."

Raven Salve' is Spreading Awareness About Domestic Violence Through Her Music

Pensacola, FL R&B artist Raven Salve' is a rising star who is spreading awareness about domestic violence and rape through her music and message. Her latest single "Cry For America" is currently making its way up the independent charts. "Cry For America," is the latest single off Raven's sophomore album "Metamorphosis The Transformation." The album was released on July 13th, 2019 and has brought the artist's moderate success. The album has helped spread domestic violence and rape awareness through songs like "Victim No More," and "Cry For America."